Close Ad ×
Jump to the routine

There’s no shortage of exercises when it comes to training arms, but for the most effective arms routine, it’s best to use a combination of moves that are sure to target all the muscles. The one provided below does just that for a complete arm workout that delivers maximum results.

With an array of muscle-building moves that’s been shown to elicit some insane pumps, Rich Gaspari’s Dragon Slayer Arms Workout is one you’ll want to take for a test spin. Just be prepared to put your muscles through the ringer with a barrage of moves that hammer your upper arms from all angles.

A household name in the world of bodybuilding, Rich “The Dragon Slayer” Gaspari was a Mr. Olympia top 3 finisher from 1985 to ’88 and winner of the inaugural Arnold Classic in 1989. Not only has Gaspari’s success on the competition stage earned him a place in the IFBB Hall of fame, it’s also helped catapult a successful career in the sport’s supplement industry, where he established Gaspari Nutrition in 2001.

“I am a very competitive person and when I got into having my own supplement company I wanted to make the best products in the industry. My goal was to make products to help people reach their goals. I love what I do and enjoy being out in the market and visiting accounts all around the world. I love to create new products. I love the marketing aspect of getting people excited about the product,” Gaspari said in a recent article for FLEX Magazine (Read the complete article HERE).

All that passion has enabled Gaspari to forge forward with aspirations of building a leader in the sport’s supplement industry that continues to turn out superior quality products for weightlifters at all levels to get superior quality results for both his customer’s around the world, and himself.

Today, well past his competition days, Gaspari still showcases an impressive physique—225 pounds with a body fat that ranges between 5–8% annually. As demonstrated in his killer arm workout below, the man loves to lift and reap the rewards of his hard work.

Whether you’re a lifting newbie or veteran of the iron, this challenging 8-move, arm routine is guaranteed to add size, strength and definition to your arms.

WATCH: We take a closer look at Rich Gaspari’s Dragon Slayer Arm Workout and how to tackle it with some help from Gaspari Nutrition in the M&F series TESTING GROUND>>

*Note: The workout below calls for 3 sets per exercise, but if you’re up for the challenge you can do 4 sets of each move.

Want a copy on the go? 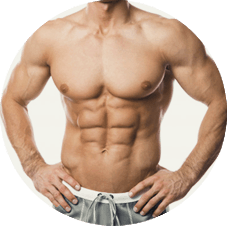 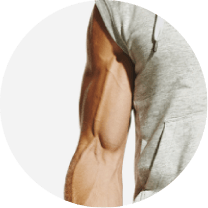 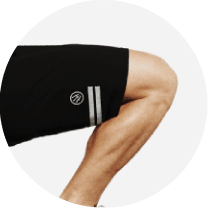 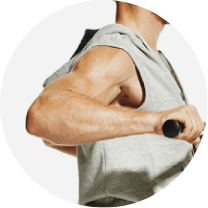 The Best Arnold Classic Champions of All Time

Thank you for signing up. Your information has been successfully processed!

This 'High-Level' Workout Is Built for All Athletic Levels

No need to shy away from intimidating-sounding, polysyllabic exercises and just stick with curls.

Don’t let the fat stop you from enjoying family, friends, and football this Thanksgiving Weekend